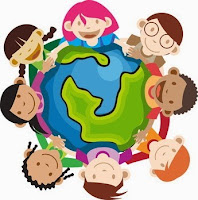 As I search for writing prompts to submit, I'm seeing a trend of folks asking for MORE DIVERSE CHARACTERS! Well, this is great! Anglo-saxons do not rule the earth, why should they star in all the stories? I would love to write a diverse story. Unfortunately, if I tried to create a main character from another culture, I feel I would fail miserably. Stereotypes cannot be used and need to be broken. I read a MEME this weekend that proclaimed something along the lines of:


Stereotypes may be true for some, but they are NOT true for ALL.
Look beyond skin color.

Writing for another culture is harder than writing an opposite gender character or an adult writing a teen character because we've had enough experience with them, we should be able to emulate them. Though I can research and interview and even immerse myself in another culture, I can't begin to truly understand what people of color have gone through, even those in the same demographic as me; they've been treated differently their whole lives and it's part of what makes them who they are and what motivates them.

Well, what can I do? I want to bring more awareness to other cultures - it will help all of us understand each other better and therefore get along better. I suppose I can start with the basics. We all have the same foundational threads of life. We are born, grow up, get jobs, and die. We all deal with family, money, and health issues. We all start out as clean slates and go through life making choices. The differences are in the hows and whys - and that's where we shape our characters.

When I create characters, I put myself in their shoes. I give them a backstory - where they're from, what they've experienced, and their influences as they grew up. Most characters need special care and deep details - like when God created woman, the most complex being on the planet from the basest creature man (ha ha). But these histories are for my benefit only. The hard part is showing the character's feelings and background without telling his/her life story. Think of J.K. Rowling and all the questions she gets asked and answers about the HP universe!

I like to think that any person could play my characters in a movie, no matter the nationality. Actors bring their own interpretation and thereby, their background into a role. Just like readers! Unless the story is specifically about a certain culture, if the writing is good, anyone can read it and relate to the characters, and that is the goal.


I'm trying to make the world a better place with the tools I have.
Have you ever written a main character from another culture?
I'll take any advice you'd like to share!

And now, the NEWS!

Sign ups start TODAY for the A to Z Theme Reveal blog hop which will be March 21. I'm participating this year, but over with The Really Real Housewives! We are sooo excited! 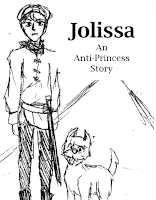 I mentioned this last week, but I'm anxious for it to be available!

JOLISSA - An Anti-Princess Story, the novella that goes with my video storybook, will be available available February 29th. Eeek!

A snarky teenage maiden thinks an adventure will make her life better, until she's forced to go on one. 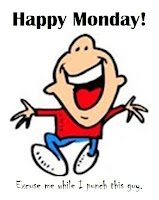 AND don't forget to join...Christine Rains, C. Lee McKenzie and I for the Winter Blahs Buster Meme Blog Hop! It starts next Monday! Post a MEME Feb 29 - Mar 4. We've got prizes, including TWO $20 gift cards!
at 11:46 AM

Congratulations on the book!
If we can't write the diverse books, we need to encourage more diverse writers.

We have more in common than we think and when writing we have to fall back on those things.

Trying to make the world a better place with the tools you have is a great ambition to have.

Also—I don't know if you have any promo stuff for Jolissa, but if you want to send some my way, I'd love to do a post about it next week, or some other time. :)

I haven't written a character from another culture, but I have had a diverse cast of characters in my head for various stories. I enjoy those characters too and don't worry about their differences from me, but focus on writing them as a person.

In Bella's Point, Tessie is a pretty major character (one of my favorites, actually), and she's black. It's set in post Civil War South, but I went ahead and made her well read so I wasn't attempting dialects that could be offensive. Then I just used empathy- how would I feel if I was a slave? Had no choice or say in my life? How would that affect me? Then I went from there. I will never know what it's like for real to be any other human other than Elizabeth, but by not seeing Tessie just as a black character, but as a human who had such and such history- it was much easier to write her.

But the most perfect way to get a greater diversity in books is to get a diversity of writers.

Good luck with your new book. In my futuristic world I create I try to make my humans non-racial so the reader can interpret them as whatever but the publisher makes the covers all white.

I am fine with diversity but I have a problem with the great focus placed on race. There is also cultural diversity like you mentioned Tara and I find it sad that just because a skin color is popular some people vilify an entire race as over exposed. There is no such thing as Caucasian island, no two or thousands of white people are exact copies. Also there are social differences, economic, sexual, gender, food... I'm black and never did I growing up feel that seeing white people on screen made me lesser value. I consider all races human beings. Even my family agrees and some of them were actually angry when there was news of the little girl gathering 'black books' to distribute. They were like 'excuse me'? So while I am happy about diversity it should always be remembered that we are all human beings and not only should be represented but also be able to experience life from various points of view.

Hi Tara - interesting and I'm glad you're going to be writing about different cultures ... I guess that's the point I'd start - looking at another culture from my POV - ie the differences between English speaking peoples - there's a 'huge' difference ... obviously not that big ... but could easily be ... how we relate, what our backgrounds are/were, etc etc

Fascinating to think about ... going back in time is another matter, or forward for that matter!

I'm back. LOL. I thought about this all evening. My diverse characters are secondary characters. Could I write a main character and do her or him justice when I have no clue- would that be doing another race or culture injustice? And I decided, all of my characters could be cast in a movie with an actor of any color. I believe fundamentally, we are all the same. But what I could never do, and would be an idiot to try is to write a book about another culture's struggles. Does that make sense?

Thanks for making me think, Tara.

I feel the same way as you do about writing a character from a different culture. I don't feel as though I could do it justice. Though I have had protagonists of all skin colors, but they're still within the American culture. Yay for Jolissa! And it's almost time for the MEME Blog Hop. Woot! :)

A good writer should be able to write good, convincing characters from any walk of life, even if it's a religion, culture, political party, etc., different from one's own experience. For example, I have a lot of Eastern Orthodox Christian characters, and that's not my faith at all. Until I visited the local Russian Orthodox church to see the famous Ikon of Kursk-Root on a tour, I had no idea traditional Orthodox churches don't have pews, and only have a few chairs for the elderly and sick. That was a really good detail to learn, for added accuracy.

I didn't believe in stereo types until I moved to NYC and realized they were true. Regardless of whether they are or not, the person buried under them is as unique and important as any other. If I wrote stories with diverse characters, they would be true to their culture, all of it. And I'm afraid that would earn me a firestorm. Not saying that's a bad thing, but...

I like when diverse characters are in a book (or film) and little bits of their culture is slipped in naturally.

Congrats on your book!
I'm writing with a more diverse cast for a science fiction book that I'm currently working on - it's an old novel that I'm completely re-writing, except for the characters who were already diverse.

I think you're right to be concerned about portraying another culture accurately. But as a writer, I don't want to limit myself to writing about only the things and people I have directly experienced. So I research as much as possible and try to be creative while doing so. I want to write a character with manic depressive disorder, but I don't have it and I don't know anyone close to me that does. So beyond the strict medical pages about the disorder, I read memoirs and blogs of people who have it. Then I let my imagination take over.

I agree that it is important to know about a culture before trying to write a character who you don't know and don't understand. I like reading books where I learn about a new culture and the ones I have read have been well done and informative. :)
~Jess