Help! I've been Abducted by Aliens! a blog hop 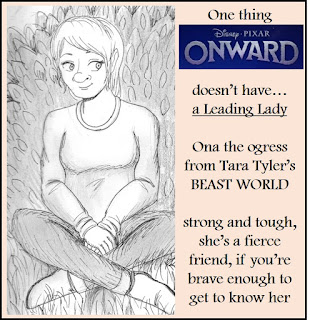 Before we get to the good stuff, just want to give a shout out for my Taking Back Beast World Campaign!

This week, I'll be talking about Teenage Hijinks & Fessing Up at Elizabeth Seckman's place. (She's doing the Alien Blog Hop too!)

One of the things I love about writing the Beast World series is the variety and depth of characters. As a teacher, I get a first-hand glimpse at how teenagers behave on a daily basis. They're wonderful creatures with spunk, sneak, and sensitivity. They don't know as much as they think they do, but they're up for trying new--and sometimes risky--things anyway. That's how we all learn and grow.

Remember getting in trouble when you were a teen??

And now, my entry in my creative friend, Patricia Josephine's blog hop to celebrate Abducted Life's 3rd book bday! (Here's the list and the details)

Waste Not
by Tara Tyler

I hate my life.
Danae absent-mindedly strolls through the grocery store and plunks a can of green beans into her cart.

With three kids gone on their own and one teenage girl left who’s never around, Danae wonders what’s left of her life? Her job is boring, and so is her husband. She catches a glimpse of her drab reflection in a refrigerator door. She used to be pretty.

She feels invisible and useless. No one would notice if she disappeared. Maybe she could run away.

In the parking lot as she puts her bags in the car, a green beam of light surrounds her from above and sucks her up into the clouds.

What happens to earth women at 50? This is the tenth one this week.

Half-way up, the beam stalls and almost drops her. Dor whacks the console with his fin, and it finishes reeling her in.

The dark-complected woman squints at him then looks around. “Is this a joke? Jordan?”

Dor blinks his large eye at her. Who’s Jordan?

“Jordan is my joke-playing son. Wait. Did you just talk in my head?”

Yes. He floats her to an inclined, upright operating table.

Yes. Straps reach out and restrain her.

“How are you doing this?”

He rolls his eye. I’m a telepath and telekinetic.

“Well you need to tele-put me back right now!”

“You look at me with that big green eye when I’m talking to you.”

He blinks at her.

“You? You’re just a kid. But judging by the state of this messy, smelly ship, I believe it. What a dump! And you have no manners whatsoever, jerking me around. Where’s your mother?”

Dor puts her to sleep. What a racket.

While he works inserting tubes and wires into the specimen, he glances around. Living alone for so long, he never cared about his entrails or used nutrition bags lying around. And without a nose, "smelly" isn’t a thing.

Once the woman is set, Dor cleans up. If his boss popped in for a surprise inspection, he’d get demerited. In a way, the woman helped him. He looks at her.

In her peaceful stasis, she reminds him of his mother.

He wakes her up.

Danae scowls at the little purple, scaly alien, hovering next to her with his flippery fins for hands and feet, plus two more on his head and a third overgrown one, flopped down covering half his huge eye like a rebellious teenager trying to look all that.

She sniffs at him and looks away.

It won’t be long.

She raises an eyebrow at him. Noticing the wires and tubes, she’s wary and frightened.

Don’t be afraid. I won’t hurt you.

He checks the monitors.

“You must be lonely.”

He blinks at her. You are like my mother. Our world is similar to yours.

“Seems appropriate. So why’d you take me?”

“You’re harvesting…” She laughs. “I hate to disappoint you, but my well is dry.”

Dor laughs in her head. Oh, we don’t want your eggs.

A bright light flashes in Danae’s eyes, hypnotizing her.

Dor has the lobotomizer delicately remove her brain and replace it with a hard drive. His eye smiles as the brain is placed in a jar.

Hope you enjoyed it. And take some time to check out the others! 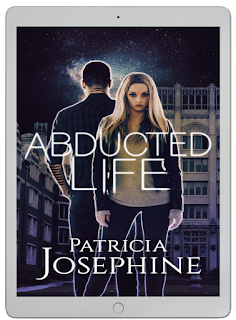 Brought to you by...

Savannah Janowitz’s perfect life was destroyed the night she and her boyfriend vanished without a trace. A year later she reappears—alone. With no memory of what happened and strange, new abilities manifesting, Savannah struggles to rebuild her life.

Evan Sullivan was changed by the horrifying experiments. Now he hides in the shadows and watches Savannah rebuild her life without him.

Neither can let the other go. Once reunited, Savannah and Evan see a glimmer of their old lives. As they face what happened to them together, they realize aliens aren’t the only danger out there.

Someone closer to home is watching, waiting for the right moment to tear them apart.

Catch up with Patricia:

Have a great week!

I didn't get into too much trouble as a teen. I'd watch others do dumb stuff and get caught and decided I wanted no part of that.

Awesome story! I was too busy working to get into any trouble as a teen.

Creepy, very creepy! LOL No complaining about my life, I love it!

You have to wonder, why can't people leave well enough alone. It sounds like an intriguing book!

Great story. I loved the ending. It was dark, but also sweet in a weird way. Thanks for joining my hop. =)

I never got in trouble as a teen because I was really good at not getting caught.

Loved the story. You've raised the bar! I'll have to put some effort into this.

I never got into trouble either, may have come close a couple of times and avoided it by sheer dumb luck and ignorance.

That was great! Funny but with a creepy ending.

Aw! Your alien sketch is cute! I loved the twist at the end of the story, too. What a naughty alien!

A clear mind, focused on the game, is less likely to make mental errors during a game.
satta king
play bazaar
satta matka

Get to know your cash pair on an individual level, by knowing the character of your money pair. It has an unpredictability, it has a spread, it has its own liquidity and numerous different components that must not be disregarded. Manufacture a relationship with your cash pair that permits you to create procedures dependent on sound information. Satta King
Play Bazaar