I'm very excited to share Alex J. Cavanaugh's Cassa Series Book Tour today!! If you haven't had a chance to read it, you're really missing out on an epic space adventure! Check it out!

A pilot in training...


Fighting the odds, Byron is determined to complete Cosbolt training and join the Cassan space fleet. Poised at the top of his class, only one situation holds him back–his inability to work with anyone in the cockpit. Byron’s excellent piloting skills won’t be enough without a good navigator…

To pilot the fleet’s finest ship…

Few options remain for Byron. A talented but stubborn young man with a troubled past and rebellious attitude, his cockpit skills are his only hope. Slated to train as a Cosbolt fighter pilot, Byron is determined to prove his worth and begin a new life as he sets off for the moon base of Guaard.

Much to Byron’s chagrin the toughest instructor in the fleet takes notice of the young pilot. Haunted by a past tragedy, Bassa eventually sees through Byron's tough exterior and insolence. When a secret talent is revealed during training, Bassa feels compelled to help Byron achieve his full potential.

As war brews on the edge of space, time is running short. Byron requires a navigator of exceptional quality to survive, and Bassa must make a decision that could well decide the fate of both men. Will their skills be enough as they embark on a mission that may stretch their abilities to the limit?

“…calls to mind the youthful focus of Robert Heinlein’s early military sf, as well as the excitement of space opera epitomized by the many Star Wars novels. Fast-paced military action and a youthful protagonist make this a good choice for both young adult and adult fans of space wars.” - Library Journal

The Vindicarn War is a distant memory and Byron’s days of piloting Cosbolt fighters are over. He has kept the promise he made to his fallen mentor and friend - to probe space on an exploration vessel. Shuttle work is dull, but it’s a free and solitary existence. The senior officer is content with his life aboard the Rennather.

The detection of alien ruins sends the exploration ship to the distant planet of Tgren. If their scientists can decipher the language, they can unlock the secrets of this device. Is it a key to the Tgren’s civilization or a weapon of unimaginable power? Tensions mount as their new allies are suspicious of the Cassan’s technology and strange mental abilities.

To complicate matters, the Tgrens are showing signs of mental powers themselves; the strongest of which belongs to a pilot named Athee, a woman whose skills rival Byron’s unique abilities. Forced to train her mind and further develop her flying aptitude, he finds his patience strained. Add a reluctant friendship with a young scientist, and he feels invaded on every level. All Byron wanted was his privacy…


A storm gathers across the galaxy…

Commanding the Cassan base on Tgren, Byron thought he’d put the days of battle behind him. As a galaxy-wide war encroaches upon the desert planet, Byron’s ideal life is threatened and he’s caught between the Tgrens and the Cassans.

After enemy ships attack the desert planet, Byron discovers another battle within his own family. The declaration of war between all ten races triggers nightmares in his son, threatening to destroy the boy’s mind.

Meanwhile the ancient alien ship is transmitting a code that might signal the end of all life in the galaxy. And the mysterious probe that almost destroyed Tgren twenty years ago could return. As his world begins to crumble, Byron suspects a connection. The storm is about to break, and Byron is caught in the middle…

“With a talent for worldbuilding and a compelling cast of characters, Alex J. Cavanaugh combines high powered space battles and the challenges of family dynamics to provide readers a space opera with heart.” - Elizabeth S. Craig, author of the Southern Quilting and Myrtle Clover mysteries

Alex J. Cavanaugh has a Bachelor of Fine Arts degree and works in web design, graphics, and technical editing. A fan of all things science fiction, his interests range from books and movies to music and games. Online he is the Ninja Captain and founder of the award-winning site, the Insecure Writer’s Support Group. He’s the author of Amazon Best-Sellers CassaStar, CassaFire, CassaStorm, and Dragon of the Stars. The author lives in the Carolinas with his wife.

How to Transition and Survive 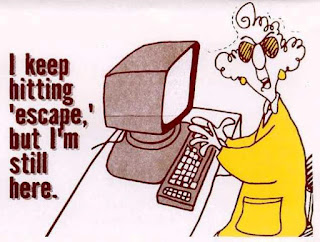 And life is full of changes, getting older, moving, job changes, relationship status, health issues, etc. And if you have to go through more than one at the same time, your stress level can go through the roof!

I'm in the midst of several changes, almost all of the above. I'm dealing with it in the best way I know how, but I know I've been snapping people's heads off when the stress gets to me. Then I feel horrible. I try to keep positive, but juggling all these new headaches is making me crazy.

The hardest part has been losing my writing life and missing out on book events. It's hard enough to be a writer, but when you have a good thing going and it falls apart, it's so hard to start over. It's easy to doubt and wonder if this is the part where I'm supposed to give up and move on...

So for IWSG this month, I'm looking for ways to deal with change. Here's what I came up with:


Setting aside time each weekend morning in August, I was able to type up, then edit down my submission for the IWSG Anthology Contest. I'll let you know if I make it... Probably keep it to myself if I don't. But I'm proud of myself for getting it done!

I'm just trying to get my life back into a groove, then I think things will start looking up, right?

Do you have any advice for an over-stressed workaholic?
Hope September is falling into place!
at 6:00 AM 22 comments: