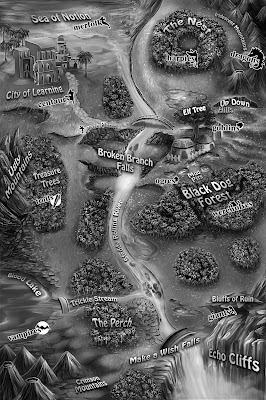 Welcome to the forest!

BEAST WORLD is a land where fantasy creatures keep the peace. After hundreds of years, the new generation of teenagers, led by a bold young goblin, dares to explore and discover things that were hidden for a reason, and now the whole world is in for some major changes. Maybe it's about time! 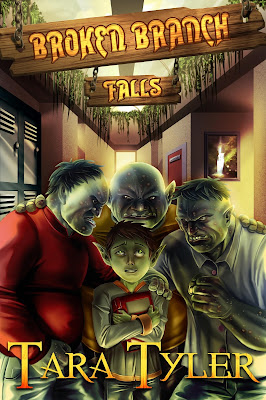 Gabe is an average fifteen-year-old goblin. He’s in the marching band, breezes through calculus, and gets picked on daily by the other kids at school, especially the ogres. But Gabe is tired of being a goblin – he’d like to try other things. And he has his eye on the new ogress at school. It’s against all beastly rules, but there’s just something about her.

When a prank goes wrong, Gabe is forced to join the football team as punishment – but finds a way to make it work. Soon the whole school joins in on the fad of mingling with other species. Too bad the adults have to step in and ruin things by threatening to destroy the school and split up Broken Branch Falls. And Gabe is their scapegoat. With help from friends, old and new, Gabe sets out on a quest for the Book of Ages, which holds the laws of all beastkind and hopefully the key to saving Broken Branch Falls. After all that trouble, it better work. 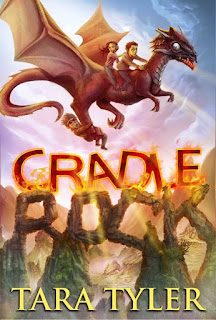 Gabe and Ona are traveling in opposite directions for Spring Break. While Ona heads west to Camp Cradle Rock to see if humans still exist, Gabe's reasonable goblin instincts tell him she's nuts, but he's not about to argue with an ogress. He's spending his week at the beach with his werewolf buddy, Rove. It should be a blast, but he can't stop worrying that Ona will forget about him.

Just as he starts to enjoy himself, Gabe gets a call that Ona has gone missing. He and Rove fly down to Cradle Rock, thinking they'll be able to sniff out Ona before the adults can even agree on a search party. But following Ona's trail through rough terrain, they reach the toxic Mysterious Mist and fear the worst. Though he lacks wilderness skills, Gabe won't let anything stop him from finding his girlfriend, even if he has to face some dreaded humans. But that'll never happen. 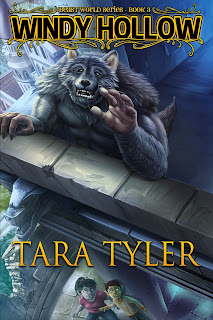 Trouble is brewing in Sector Six.

This summer, Gabe and his beast buddies fly across the Great Sea for the wedding of the century: a dragon prince and a beautiful harpy. Dragon weddings are adventures in themselves, but behind the scenes, the High Council is delivering the Revelation—to tell the rest of the world: beasts and humans exist.

Though Professor Hardaway warns Gabe and his friends to stay out of it, they overhear news of an evil human scientist and a vengeful were-ogre experimenting on beasts. They can't resist helping, whether the High Council wants it or not.

Gabe's little sister Ginny is ready to rule high school. But she still has a lot of growing up to do.