A pop to a world of secret magic 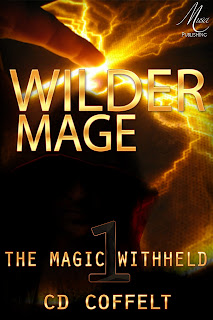 Had to help her CELEBRATE! I'm in the middle of reading my ARC of it and her magical prose blissfully immerses me into this world where two crazy, mixed up kids are both fearful of having their magic found out and their worlds shattered. 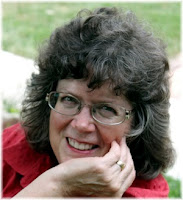 And here's a little about the author:

CD Coffelt lives outside Maryville, Missouri with a bemused husband and way too many cats. She adores all things fantasy with a special love for urban and epic. With a passion for good writing and Doritos as companions, locating Middle-Earth on a dusty road in rural Missouri wasn’t difficult. All it took was a little Magic, hours of reading, and an overactive imagination. 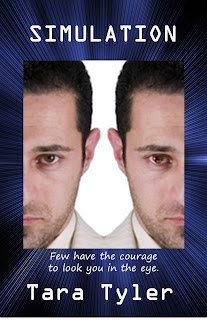 Come celebrate every Friday with Vikki!

What are you reading? Anything fun going on this Labor Day weekend? Keep it safe!
at 6:48 AM 20 comments:

Today's stop on the extended Pop Travel Blog Tour is at the infamous paranormal romance writer, Christine Rains' blog. I am very excited to sneak into her busy schedule. I've been flying through her 13th Floor novella series (I finished 2 when I went on vacation) and that's saying a lot! I'm such a slow reader and have so many nagging priorities... So, heck yeah I recommend you picking them up! And I'm honored to help with her cover reveal on Sept 13th - she has put them all under a single cover. Action, adventure, and amore in each story! 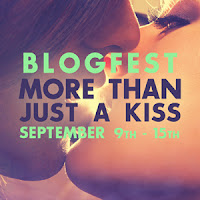 But not only that, Christine is hosting a steamy blogfest, Sept 9-15, More Than Just a Kiss. You'll see the details at her site when you stop by to read about my Futuristic Lazy Housewife gadgets!

Only a week left for the August giveaway. Can't believe it's almost September and Fall - didn't we just celebrate the new year?

a Rafflecopter giveaway
at 7:00 AM 26 comments:

The good news is, I'm teaching. The bad news is, I have no time (or energy) left to blog, write, read, etc - i.e. no ME time! I've been swamped! It's not permanent, and I'm hoping things will settle down, now that the first week of school is over, but I want to apologize for not getting around very much this week. 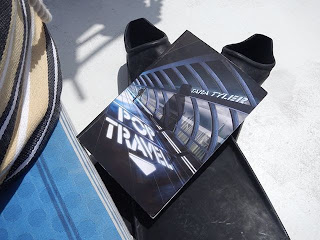 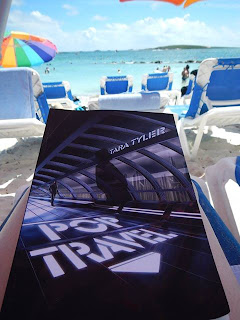 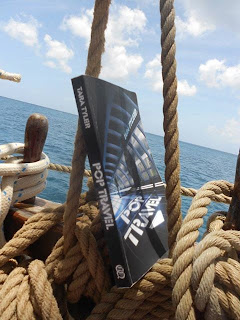 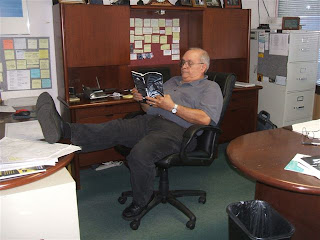 So, I'm tired, but I'm happy!
And I am setting some time aside this weekend to visit my blog friends. I miss you guys!
at 4:25 PM 23 comments: 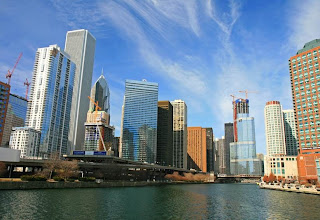 My sweet friend, Elizabeth Arroyo is doing me the solid of hosting me at her place today as part of my Pop Travel blog tour. My post is about city life, the present and the future - and the outlook is bleak, unless we make some real changes. I am always reading about Elizabeth's contributions of time and talents to Chicago's less fortunate. Today, I recognize her efforts and hope to shed some light on a growing problem. 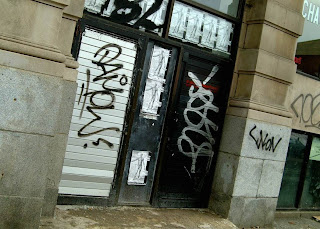 I also want to shout about her second release!
THE SECOND SHADOW, sequel to THE SECOND SIGN - The heart-wrenching saga of a demon torn between good and evil and the girl that's confusing him. Both are forced to make decisions that could cost their souls. The cover reveal is Aug 22 (can't wait to show you!), and it's set to release Sept 5!

a Rafflecopter giveaway
at 7:30 AM 29 comments:

To help promote authors outside the regular circle of bloggers, I'm having a guest author here while I go visit there. This way we reach more people! 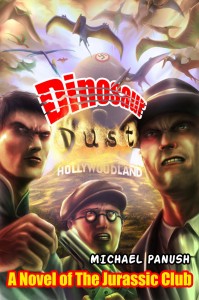 Hi, I'm Michael Panush -- the author of Dinosaur Dust. I really hope you guys check out my 1930s Lost World adventure, Dinosaur Dust.  It's got Nazis, it's got dinosaurs, it's got Golden Age Hollywood -- but if you need more convincing, here are seven reasons why you should check out Dinosaur Dust.
Michael certainly taught me a few interesting facts! Sounds like a great mix of intrigue, history, and adventure! So glad to have him! Definitely a unique series! Now, here's a little about the author...

At twenty-three, Michael Panush has distinguished himself as one of Sacramento’s most promising young writers. Michael has published numerous short stories in a variety of e-zines. He began telling stories when he was only nine years old. Before graduating high school, Michael won several writing awards and wrote his first novel, Clark Reeper Tales.

Acheron Island is a land lost to time — a Lost World packed with prehistoric creatures, mysterious ruins, and a race of primitive humans called the Ape Men. In Dinasour Dust, the second book of the series, Acheron Island experiences the tumult of the Twentieth Century, as a prehistoric world is dragged into modernity. Times have changed  and the decadence of the Jazz Age has given way to the desperation of the Depression, as war looms over the horizon.

In a chaotic turn of events, on the other side of the globe, Nathan Whipple, a former tourist on Acheron Island turned aspiring pulp novelist and Norris Hall, an ex-Marine, mob enforcer and bank robber, along with the daughter of a Japanese general and a young Chinese immigrant, become the only hope for Acheron – and for the world.

Dinosaur Dust is available on Amazon

And if you have time, you can visit me at Michael's blog talking about seven things that make Pop Travel POP! Happy Friday!
at 7:00 AM 22 comments:

I'm crazy excited about today's Pop Travel post over at Father Dragon's lair! It's one of my favorites, with minions and everything (bee-doo, bee-doo). And his birthday was yesterday, so make sure and wish him well.

I also want to thank everybody for the great patience comments on IWSG day - funny, helpful, and hopeful! I'm glad I can refer to them whenever I'm in a snit of panic! (similar to a din of harriedness) But I digress...

Today is also the day for Gary aka Klahanie's anti-Blog Hop! Where we suggest titles to blog hops no one would want to join. I think Mark put him up to it! This is going to be hilarious!

Here are my silly entries:

I look forward to reading the other entries. Happy Monday!
And I keep forgetting to put up my August giveaway!

a Rafflecopter giveaway
at 6:00 AM 40 comments:

too pooped to pop

Hi, guys.
I've been running around like crazy preparing for school to start. I know that's one reason Alex has more time to visit blogs, he doesn't have kids! They're ridiculous time eaters! But they're great fun, too. Summer has gone by quick.

Now, on to my Insecure Writer's Support Group report. Everyone is welcome! (use the link to Alex's list)

For someone with a patience problem, I sure chose a hurry up and wait profession. I would gladly knock out 1,000+ words a day, but with everything else going on, I'm lucky to write a few sentences. I want to hurry up and finish my draft. It's always calling me, wondering where I am. At least keeping busy takes my mind off the rest of the things I'm waiting for:


So, good stuff is happening, I just need to enjoy it and get to things in their time. Any advice on how to be patient? My brain feels like it's going to crack from the pressure I put on it! So much I want to do!
at 7:00 AM 48 comments:

That's what I will feel like when I get to take my Pop Travel tour to Alex the Great's blog today!! Very exciting! Oh, the publicity!

Alex has wonderful news of his own! The final book in his Cassa trilogy comes out soon! Here are his space war, sci fi, action adventure books...

CASSASTAR
Does talented Byron have what
it takes to pilot a Cosbolt fighter
and win the fight of his life?

CASSAFIRE
With Byron's fighter pilot days
behind him, can he handle the new
challenges of an alien invasion,
and worse,
training a woman!?

CASSASTORM (release date: 9/17/13!)
The final episode of Byron's exciting life
culminates in protecting not only the
civil warring galaxy, but his son, who seems
to have a twisted connection to
the brewing invasion of the aliens
who won't give up!

I made this for Alex when we dedicated a whole blog hop to the Ninja Master. He blogs like a dog! - faithful and true, always there for you! 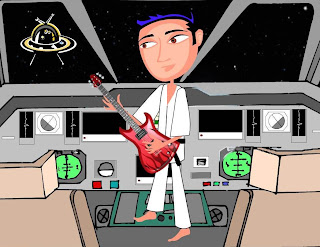 A perfect example of his generosity and kindness is the Insecure Writers Support Group - where he brings bloggers together to encourage each other the first Wednesday of each month. (The next meeting is coming up this Wed!)

I am very honored he offered to be a part of my Pop Travel extended blog tour. Thanks, Alex!
at 5:00 AM 24 comments:

Pop, pop and away!


The pictures from my book launch party are here. This is my favorite!
And this is me and Sherry Ellis! So excited to meet a blog friend IRL! 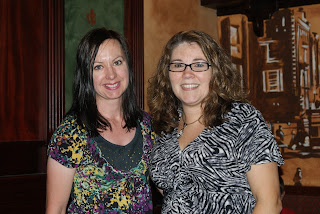 Since I've been slacking, I'm also going to catch up on a couple of awards.

I love this Sisterhood Award! I got it from Carole Kilgore and Sheena Graham - Sweet Sistas! 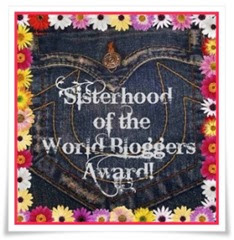 Now I just pass it on to seven more blog sisters!

Pass it on, if you like! I would have named many more, but you don't have all day! (Sorry, guys, I'm sure a brotherly award will turn up soon!)

Plus I was tagged by Charity, author of The Magic Wakes. So I have a few questions to answer:
In turn, I tagged:

Whew! Thanks again for all the comments and support! And here's my August giveaway!

a Rafflecopter giveaway
at 6:00 AM 28 comments: