Woah, Nellie! Enjoy the down time

It's the first Wednesday of June, time for another installment of the Insecure Writer's Support Group - created by Alex J. Cavanaugh, the supreme blogging ninja.

Lately I've felt pretty accomplished. In May I was struggling to finish my WIP. But since school got out, I wrapped up the first draft of CRADLE ROCK and sent it to my super fabulous crit partner who has already returned it to me with some inspiring comments that I really needed. She's the best! I also finished up JOLISSA - An Anti-Princess Story and have sent it off to my artist friend so we can get it moving toward production! This is all great news and exciting beginnings.

So my insecurity this month isn't about writing, it's more about slowing down and using some of the summer for quality time with my family. I have such a go go go personality, I feel I always have to be doing something productive. I need to tell myself it's okay to just sit and watch a silly movie or play a game with my kids. I don't have to work every second of the day. Now that they're so self-sufficient and usually holed up in their rooms, I hardly ever see them. I want to use my time wisely, and that means I need to make time to spend with my boys.

How about you? How do you set aside quality family time with a busy schedule?

And now I have some more awesome news to share! 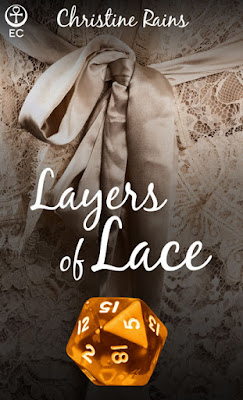 Amateur cosplayer Emily Solis is determined to win the costume contest and the heart of her biggest competition.

It isn't the first time Emily has shed her costume with the gorgeous Russell Morrison. Not even her best friend knows she's been having wild convention sex with him for over a year. It was supposed to remain physical, but Emily couldn't help falling for him and his kinky ways. In a moment of passion, she rolls the dice and tells Russell she loves him. He doesn't say it back. Can she convince him they're perfect together or will she roll another critical failure?


Add it to read on Goodreads.


About the author:
Christine Rains is a writer, blogger, and geek mom. She's married to her best friend and fellow geek living in south-central Indiana. They have one son who is too smart for his parents' own good and loves to pretend he's Batman. Christine has four degrees which help nothing with motherhood, but make her a great Jeopardy player. When she's not reading or writing, she's going on adventures with her son or watching cheesy movies on Syfy Channel. She's a member of Untethered Realms and S.C.I.F.I. (South Central Indiana Fiction Interface). She has several short stories and novellas published. The Dice & Debauchery series is her first contemporary erotic romance. 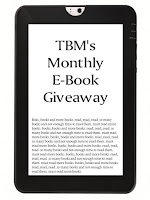 Lastly, TB Markinson's June Giveaway has begun! And again, I'm privileged to be part of it, with Chrys Fey, T.F. Walsh, Christine Rains, and Lexa Cain - these are some terrific authors! This month I'm offering Pop Travel as a prize. Check it out!

Whoa. Christine has another book out? Yay for her:)
Time is at s premium on this working farm. If only it grew on trees.

Congratulations, Christine!
If you need tips on how to chill, I can give them.

I might be able to chill physically but my mind is always going - and not always in a good direction. I need to figure out how to relax mentally.

I agree, bring on the sunshine and the distractions. It will only help the writing!

I'm a go-go-go type of person. My husband swears I can't hold still for 5 minutes. But I am trying to give myself some time for fun.

Congratulations to Christine! She is amazing. I used to have a go go personality, but somehow I got lazy and I can't get myself fired up. I think it's great that you want to spend more time with your family. Do things with your family that you all enjoy, something that can distract you. Wishing you the best.

Congratulations, Christine! I love that pop of citrine/amber color on the cover.

Going distraction-free for a little while can only help with writing and other things. Too many folks these days suffer from a constant electronic barrage on the senses, and could all benefit from just slowing down and learning how to enjoy the simpler things in life.

I'm like you, but lately I've been chilling. Don't really have a choice since I can't focus. You can't get the time with your boys back, but you can make up time in the writing later. That's how I'd look at it.

All the best to CHRISTINE.... That is GREAT! Nice cover, too!

Sounds like you can use the down time. Take a deep breath and RELAX.... Let those of us who have been moving at a snail's crawl, pick up the slack... I'm trying to start now!

Yup, love the family time. It a great was to recharge too.

My children as grown up though three are still at home. We still do things together but it is nice when they no longer need their mom to entertain them. Hope you get lots done during your months off from school.

It is hard to take a slow down time - I'm slowing down on my blog for the summer and I'm tempted to gnaw my cheeks over it. But no . . . summer is here. Let's get those kids outside! :) (Mine hole up in their rooms, too)

Wow, you accomplished so much this past month. Congrats! Slowing down to spend time with family sounds like a great idea. Best of luck!

And how exciting about Christine's latest release. She's such a fantastic writer!

Congrats Christine you writing dynamo you! Tara I think the solution to your family issue is in your on the go personality. Make family time go time instead of rest time. The procrastination is all in your head.

And I'm glad things are going along well for you. I tend to try and make time to spend with my kiddo on the weekends and doing a sit down dinner together during the weekdays so we're in each other's company at least some part of the day, But now I must get in sme writing. I've been off the game too long.

And to you Tara for feeling accomplished.

I'm glad May was a good month for you, Tara!

And a big congratulations to Christine!

Really looking forward to that anti-princess story!! Glad to hear it's coming along.

Thanks so much for the shout-out! :) Happy to hear May was good for you. Enjoy your summer.