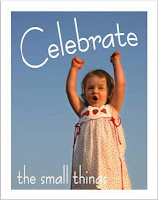 Today I am continuing my celebration of being a part of Curiosity Quills Publishing! During the A to Z challenge, I shared some of the editing tips I gathered from CQ. They put out some crazy good books and I wanted to introduce you to three more fabulous authors...

Presenting: Eliza Tilton!
Eliza graduated from Dowling College with a BS in Visual Communications. When she’s not arguing with excel at her day job, or playing Dragon Age 2, again, she’s writing. Her stories hold a bit of the fantastical and there’s always a romance. She resides on Long Island with her husband, two kids and one very snuggly pit bull.

About her exciting YA Fantasy, BROKEN FOREST:

Hopeless he'll never be more than the boy who didn't save his brother, 17-year-old Avikar accepts his life as the family stable boy, trying to forget the past. But when his sister, Jeslyn, is kidnapped, the thought of losing another sibling catapults him on a desperate quest. With his best friend by his side, and using the tracking skills he learned from his father, he discovers Jeslyn has been taken, kidnapped by one Lucino, the young lord of Daath, a mystical place thought only to exist in fables.

And Lucino has plans for Jeslyn.

Praise for BROKEN FOREST:
"The premise and story were incredibly unique, and I highly recommend this book to anyone who loves fantasy and romance." ~Jessa Russo, author of EVER


How to get BROKEN FOREST:
Amazon   Barnes & Noble  KOBO


Eliza's Advice: Write the bones and fill in the meat later.


Next we have James Wymore, he's a newbie, so he didn't have an author pic for me and his sci fi thriller, THEOCRACIDE, doesn't have a cover yet, but we'd still like to tell you about it!

At a time when everybody lives isolated lives behind computer glasses showing them whatever they want to see, Jason must abandon his idyllic life.  Just as things are coming together with his new girlfriend, his father drags him into a plot to assassinate the Undying Emperor.  With aliens invading the world and his sister dying of an incurable flu they brought, he plunges into a dark game of intrigue and conspiracy against the most powerful people in the world.  Is there any way to keep the girl he loves after committing Theocracide?

An ARC review:
“Wymore weaves a fantastic tale while taking a good hard look at religion, politics, immortality, entertainment, and technological advancement.  If you're looking for a thrilling sci-fi adventure that beautifully mirrors current real-world issues and advancements then this is the book for you.”  -Andrew Buckley (Acquisitions Manager and Author; Death, the Devil, and the Goldfish)

A piece of advice from James: Unplug sometimes.  Life is what happens outside.

And finally we have the cheeky Andrew Buckley!
We had a lovely interview a couple of months ago so I won't repeat his bio. But I will tell you he has some wild, innovative marketing ideas for his humorous paranormal, DEATH, THE DEVIL AND THE GOLDFISH! Check out these hilarious videos:


A fake news story   and    A naked author reading!

MicroBlurb: In case of emergency, ask the Goldfish.

Well-chosen words about DEATH, THE DEVIL, AND THE GOLDFISH:
"Andrew Buckley's style and humour follows comfortably on and sits confidently next to the titans of the genre: Dogulas Adams, Terry Pratchett, Neil Gaiman, Doug Naylor etc." - Jon Cross, The Podcast from the After Movie Diner

Hope you enjoyed that glimpse into the talented and twisted minds of some fellow Curiosity Quills authors - of which group I am very happy to be a part!
at 5:55 AM

You have a large and awesome family with Curiosity Quills.
James' book sounds intriguing.

What a nice celebration! Celebrating with friends is wonderful. All the books sounds very interesting.

I love that the other authors are so supportive of each other at CQ.

Thanks for introducing us to these authors. Have a great weekend!

Ask the goldfish - LOL! Before it's eaten by the cat I assume?

Tara, thanks for your visit, and for sharing these authors and I am off to check out curiosity quills. have a blessed weekend.

In case of emergency, ask the goldfish... that used to be the philosophy in our house, too.

Especially that last one! Love the cover too.

Have a great weekend, Tara.

Thanks for everything this week!


Curiosity Quills looks like such a wonderful family of authors. I'm really glad you found such a great home for your book!

What a great group of authors, and they have a wonderful new author joining them!! Congrats again! :)

I love the name of Andrew's book! Very unique and creative.

Thank you for sharing. I think its great that you even shared someone that was to new to have a pic or cover.

You're such a team player. You rock Tara!

Just a little shout out to my Lady: Minions... thank you for all your help in April

Thanks for having me!

So many books, so little time...these look interesting. Glad you have something so special to celebrate. Sounds like CQ has some amazing authors.

What a nice group you have. So many books and they sound intriguing. I love how bloggers & authors on here are so supportive of each other and help promote one another.

Congrats on your book as well.

Another fun group of authors. I am enjoying this "series".

Thanks for introducing us to these folks! Have a wonderful holiday weekend my friend!

thanks you guys! everyone is so supportive around here!

YAY to being part of such an awesome group ;)