Another break in the CRADLE ROCK Release Party action!
I have so much to share today!

When you think of bookworms, you probably think of shy, little, glasses-wearing, cuteness like this: 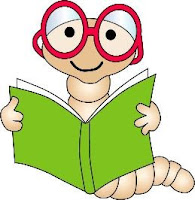 Well, Tonja Drecker with her Kidbits bookworm is now beasting up, creating video reviews! I was lucky enough that she had time to review CRADLE ROCK, and she did a fabulous job! Check it out!!

Talk about stepping out of the library and jumping off the page! She's awesome!!
NOTE: the perfect gift you can give a published writer is a REVIEW!

Now, check out these awesome HoPs and Giveaways! 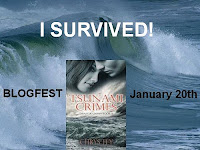 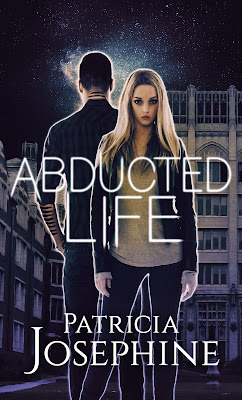 Evan Sullivan never gave extra-terrestrials much thought until the night he and Savannah were abducted. While Savannah’s memory was wiped clean, he remembers every horrific detail. Constantly reminded of the experiments that made him less than human, Evan hides in the shadows and watches Savannah rebuild her life without him.

But neither can let the other go. When their paths cross, Savannah and Evan finally see a glimmer of their old lives return. As they face what happened to them, they soon discover they aren’t safe. There’s more to fear than what’s hiding in the stars.

And now, back to our scheduled CRADLE ROCK RELEASE PARTY!!

My two live December events went very well. I appreciate all who turned out!
LESSON LEARNED: With this being my 4th release party, it becomes clearer who the true book reading fans are, not just friends supporting me on a new venture. This revelation helps me understand myself as a writer. Very positive and eye-opening!

We've had a great turnout so far! Thanks for visiting the stops!
Today, and the rest of the month, here's where I'll be...


And don't forget to enter the Giveaway!!

Happy to host you today!

It's exciting to host you today! :) Six days until Christmas!

Thanks for helping reveal my shiny new cover. ^_^ Merry Christmas.

Listened to Tonja's review last week and loved it. Thanks for featuring my giveaway Tara. Really appreciate it. Also congrats to Josephine on the lovely cover of her upcoming book. All the best with your book tour and Merry Christmas Tara.

What a great review of Cradle Rock by Tonja! There are many days part of me wishes I was still teaching third grade. I would have enjoyed reading this book to my kiddos, and then having them record video reviews. Have a good one!

What a fun video review. Congrats

Aw-How nice of you! I'm a slow-mo bookworm, late to everything ;) Cradle Rock was awesome and I loved having the chance to review it. Have a great New Year!