what a great weekend!

Though we didn't win a whole lot of basketball ourselves, (only 3 out of 6, yes 6 games) my hub's college fave, MSU, won an upset and so did some friends we watched in between our games...March Madness has nothing on us!

In the midst of all that, I made myself go out to a Bookfest. In the middle of an Icefest! I thought I'd see ice skating and such, but it was ice sculptors! Buildings, a throne, symbols, scenes, all carved out of ice up and down the main street. It was COOL! And the Bookfest was adorable! In the upstairs of an Irish pub, tables for two dozen authors and their books to sell.

When I came to Duffy Brown, who writes cozy mysteries, I remembered meeting her last year, at my first writer's conference - Lori Foster's Reader/Writer Get Together. Duffy was the main organizer! It was so great to see a familiar face! And she told me I should come back to the Reader/Writer conference with an Author table this time - it's free and tons of people go, more each year, though it's mostly romance...it was a great feeling.

Does anyone else have trouble getting out there, all by yourself? It is worth it!

Now for the news:
Speaking of putting yourself out there, don't be shy! Join this fun fest for new friends and old, reintroducing ourselves! Hosted by Elise, Stephen, Carolyn, and Mark on Jan 28.

Stina, the wonder woman of writing news, has found another prize - a way to lend your ebook to a friend! 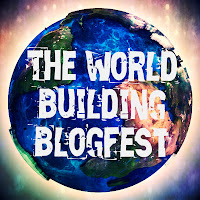 Here's a writing prompt blogfest encouraging us to share our world building skills in our WIPs - because world building isn't just for fantasy! It runs Jan 28-Feb 1, and you don't have to write every day to win! Hosted by Sharon Bayliss.

Okay, you have to check this out. The PAPfest - ew gross, right? Yeah, read on, it's just to grab your attention. It's a pitchfest THIS WEEK, hosted by these talented girls! And the twist is, you pitch for your partner's WIP! Great idea and love the pic!

Here is a series I think you will enjoy. Suzi, the literary engineer poses a writerly question each week and gives us the answers from several writerly folks. She calls it The Big Reveal. 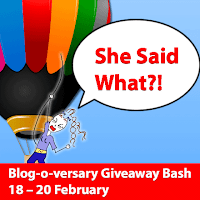 Congrats to Michelle and Elise who both struck milestones at 2 yrs and 1 yr of blogging, respectively. Yay! To celebrate they are creating a comic strip for us to fill in the blanks and crack each other up. Feb 18-20 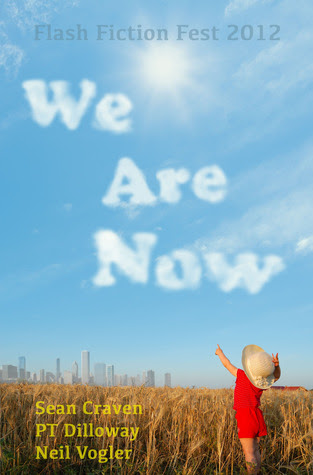 Participating contests and blogfests is fantastic because not only do you meet new people, but you can win stuff! Like I just won a copy of WE ARE NOW from Neil Vogler with flash pieces by him, Sean Craven, and PT Dilloway. Goodreads Blurb: Many of its stories are set in the future with a sci fi feel yet WE ARE NOW covers many genres and has at its heart, humanity. In total the 69 pieces show that we are all human regardless of technology, time or place. Looking forward to reading and rating it!

And I had to save the best for last,

Julie Flanders has a COOL cover for POLAR NIGHT!

Detective Danny Fitzpatrick moves to Fairbanks, Alaska to escape the violence and heartbreak that left his life in pieces. Numbed by alcohol and freezing temperatures, Danny takes solace in a dead-end job investigating Fairbanks' cold cases. But when a pretty blond woman goes missing on the winter solstice, Danny stumbles upon some surprising connections between her disappearance and that of another Fairbanks woman three years earlier. Danny must find the missing woman to help him solve his own cold case.

The investigation points Danny towards Aleksei Nechayev, the handsome and charming proprietor of an old asylum turned haunted tourist attraction. Suspicious of Nechayev, who is hiding a horrifying secret, Danny's obsession to find the missing women grows, putting his own life in danger. When the truth is finally revealed, the world as he knows it will never be the same.

Polar Night is a suspense thriller with a supernatural twist, to be published by Ink Smith Publishing on February 7, 2013. Find Julie online at her blog, on Twitter, and on Facebook.

Whew, congratulations if you made it to the end! Hope you had a nice weekend! Reading anything good? I'd love to hear! Happy MLK Day and have a great week!
at 7:30 AM

You packed more into this post than I do in mine!
Ice sculptures sound cool.
Excited for Julie!

Good for you for going to Bookfest - you should definitely have a table there next year. And then you'll be the friendly face someone else needs to see, someone else who was maybe nervous about going... :)

Woah. You are a busy woman, Tara.

Hope you enjoy the book!

How busy are you?! What a great list of fests!! Book fest sounds fun!

Wow, lots of fun stuff going on! Thanks for all the info!

What a great post! How would I know what's going on if it weren't for you? :)

Glad you had a good time at the Bookfest!

Lots going on and such great books being published. Thanks for keeping us in the know!

Of course you sat at the author's table. Very cool!

Busy, busy blogosphere! So glad to see everyone doing so well. There's a lot of very creative blogfests on the horizon.

This post is chocked full of bloggy goodness!! Thank you! :)

I say we get that table...then you're not headed out alone!

Hi Tara .. leaving home in January is difficult! Not nice regardless of how great the ice-sculptures are ..

Great post but just an FYI - the Polar Night cover does not show (just a placeholder). I tried it in both Firefox and IE-8.

Glad you got out there!

I saw your author page on FB!
Looks great!
I can't wait to see your cover!

Those are a lot of events going on!

I'd probably have an awful time getting out there by myself to an event like that, where I didn't know anyone. Even when I do go to community events, I usually just observe and listen instead of making conversation with strangers.

You truly are a busy bee. Have a great week Tara.

Polar Night sounds awesome, and it goes with your icefest theme :) Good for you for getting out there and you should definitely have a table at Bookfest next year. I'm reading The Windup Girl right now and it is sooo good.

The ice sculpture display sounds like it was awesome!
Thanks for the blogfest shout out Tara... much appreciated!
Wow, you really packed a lot of info and great links into this post!
You rock!! *virtual high-5*

So much going on, it's hard to keep up with everything so thanks for putting it in one place for us today.

Glad you had a fun weekend.

Thanks so much for sharing my cover Tara!! I really appreciate it! The Bookfest sounds like it was so cool, I'd love to have seen the ice sculptures. How fun.

Glad you had such a nice weekend and thanks again!

Wow, there's a lot going on! Thanks for the heads up!

Wow, there's a lot going on! Thanks for the heads up!

Holy Krakatoa! You've got a ton going on. I seriously do not know how you do it!

As for reading anything good, I just stumbled across Gail Carriger's Soulless. Why didn't someone tell me about this book sooner???

And thanks for all the great info!

So much going on! That's awesome you went to the little bookfest. I have a lot of trouble putting myself out there. I can prepare, but I get all shy and just hide in a corner when the time comes.

WOW girl! You are super woman! And that bookfest and icefest sound fun!

I'm in for the Re-intro blogfest!

If those events didn't all fall over my anniversary...

Getting out there, huh? If I'm not in mommy mode, I'm totally good with being social and rubbing shoulders, but goodness, getting out of mommy mode? Well, I suppose I'd have to spend a little time away from the kidoes, eh?

Sounds as if you had a wonderful weekend indeed :)

lots of things going on here! Would love to go to an icefest one of these days :)
Nutschell
www.thewritingnut.com

Tahnks for posting all these great information. The icefest looks incredible!

I'm signed up for the big blog fest, and lover the cover!

Tara, you rock. You really do.
Thanks so much for the shout out (: and for the links. I've seen Julie's cover all over the bloggin world and think it's fantastic. The icefest and bookfest you mentioned both sound great. Can I come with next time? (;

my pleasure, guys! dont know if i can do it all, myself, but i like to pass it on =)

Shell and Rena, thanks for sharing those books. i will have to check them out!