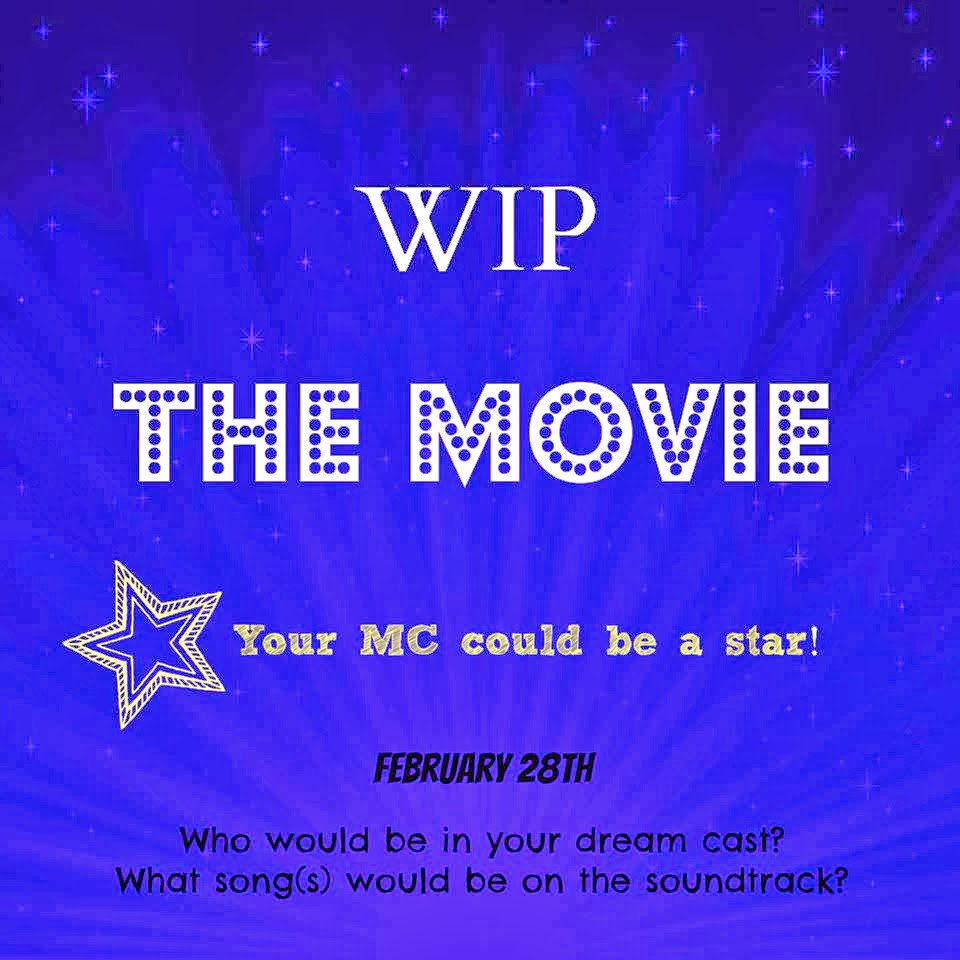 Thank you Kyra and Rachel for hosting this fun blog hop. I did it a couple of years ago and let's just say, things change!

My original cast for POP TRAVEL was Leonardo diCaprio as Cooper, Reese Witherspoon as Geri, and Aziz Ansari as Hasan. But as time goes on, I thought of some alternates - and I actually sent these actors/their agents a copy of the book! Why not?
=> Bradley Cooper as Cooper
=> Kate Hudson as Geri
=> Aziz Ansari as Hasan (still the best choice, so funny!)

As for BROKEN BRANCH FALLS, my MG Fantasy that comes out soon, I picture it as an animated movie. Yes, I'll be sending it to Disney/Pixar! Here is my dream cast (Sorry I didn't add pictures, but when I tried, my whole post was erased and I had to start over. Darn you, blogger!):


It may seem like a lot of characters, but they are introduced in stages and they're all so unique, it's easy to keep them straight. Can't wait to talk about them more during the A to Z challenge - and there's more to my theme, so make sure you stop by on March 21st for the A to Z Theme Reveal hop!

And finally, my song for BBF is Move Along by All-American Rejects. "Even when your hope is gone, move along!"

But wait! The casting call isn't even the best part of this blog hop!
Kyra and Rachel will each pick a winner at random, and they’re giving away one of their favourite books that were turned into movies!


Rachel’s prizes: The Book Thief by Markus Zusak
+ Choose one of Rachel’s ebooks.


Kyra's prizes: The Perks Of Being A Wallflower by Stephen Chbosky
+ Choose one of Kyra's ebooks OR an ARC of Game On Book 3

Who do you imagine playing the rolls in your WIP?!
Have a great weekend!
at 6:30 AM

I love your dream cast - especially Jonah Hill and JGL!!

Happy Friday, Tara. You have some great choices here!

That's quite a cast! Good thing the movie would be animated because otherwise that might break the bank.

Your book/movie sounds like it is made of WIN! Your picks are very cool!

Thanks for taking part in the hop!

This just brings your book to life, even more. Thank you for sharing!

It is so much fun to cast books into movies... I imagine it's even better when the books are YOURS!!!! I, too, love JGL...:D

Great casting! I like seeing some people from kids' shows there. I can tell you're a mom! :) Have a wonderful weekend.

The cast of characters alone makes me want to read this book. And oh, how I love that song!

Have a groovy weekend.

P.S. Jinx! Looks like we were reading each others' posts at the same time. :)

That is a lot of characters. I haven't really thought about who could star.

Oh, I could to this for my WIP if I only had to match voices.

I don't recognize all your choices but some are spot on.

That's quite a cast! You'll have a hit movie for sure.

OOOH. Bradley Cooper. Sigh. I'm totally doing a book and he is all I see. I'm even naming the MC Bradley. Why fight it? Just go full on dreamer.

I'll have to add Move Long to my personal playlist. LOVE that song!

Morgan Freeman and Ryan Gosling, yep I will be watching your movie. Love your choices!

I'm really unfamiliar with the vast majority of current actors. Any actors or celebrities I'd want to cast my characters as are long dead or very old. The female lead of my Russian novels, for example, looks in my mind a little like Theda Bara, and one of her friends looks a bit like Jean Harlow with cropped hair that's not quite so platinum.

Don't recognise all the names, but what I do tells me enough...
Stellar line-up!

Morgan Freeman? Damn girl you aim for the stars. You have a great cast for Broken Branch Falls and I think Jennette/Sam as Oda would be amazing. I loved her in iCarly. I think your original cast for Pop Travel was way more exciting. But nice that you want to try another perspective and get some new opinions. Can't wait for your MG Tara and glad you took part in the hop. I had fun reading this and learning more about your book. A-Z on your blog is a must read this year.

I really see Kate Hudson as Geri!! And Aziz would be a fab Hasan! I want this cast to happen!

I've never really thought about a cast for mine. :)

Wonderful cast. I like Reese Witherspoon over Kate Hudson for Geri :) As for my WIP - I never really thought about who would play me. Any suggestions?

Must be difficult to think of casting voices as apposed to faces. But you did a great job, Tara :)

That's cool to have an illustration like that. I wish I could draw something fun or have a friend who could draw my characters.

It sounds like fun, and while I wasn't up to speed with what is going on as this is my first visit here, it was fun to read about.

Such a fun group of 'people' to read about!
Can't wait, Tara!
It's going to be a blast!
Sorry, I'm late! I just made it to the end of the list! YEAH!
Heather