During the Fall and Winter, sunny days can be few and far between. I cherish them. They lift my spirits! 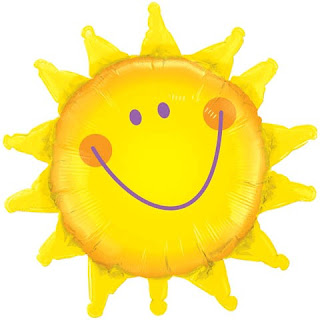 Dave didn't know he was lonely until his friends pointed it out. But when he gives in and tries an online dating site, something catastrophic happens - talk about a bad omen.
(Previous episodes)
The Day Dave Broke the Internet
by Tara Tyler
RECAP 14:
"You were shot? Oh my God!"
"I'm fine. I promise. Sharon fixed me up."
Kitty covered her mouth. Her eyes grew as big as light bulbs as she stared at her husband, frozen in shock.
15
Nathan didn't see her reaction as he worked. "Did you do as I asked? Are you packed?"
No response.
He turned to her. When he saw her condition, he grabbed her arms, looked into her eyes, and gently shook her.
"Kitty. Kitty. Are you packed?"
She melted and looked ready to cry, then pursed her lips and firmed, holding back her tears.
"Yes."
"Then we need to go. Dave, can you grab her bag? It should be in the basement."
"Sure." He ran downstairs, snatched it, and saw a rifle in the corner. He grabbed it too and ran back up.
Returning to her normal, determined self, Kitty asked more questions. "Why are we leaving? I thought we were going to stay here. Aren't they going to fix everything? Won't we be safe in our shelter?"
"Sure, but we don't know how long it will take. And how everyone else will react." He paused and gazed into her eyes again. "Just trust me, okay?"
Kitty searched all of their faces and saw their concern. "Okay."
Crash!
They all glanced at each other and hurried back outside. Someone had broken a window in Nathan's car and was sitting in the driver's seat. Dave couldn't believe it. This was the suburbs!
Nathan yelled at the guy. "Hey, Jim! What are you doing?"
"Sorry, Nathan. I gotta go get my kid. He was at a sleepover. He's probably freaking out. You don't mind, do you?" The crazed man locked himself in.
"Jim, you have to get out."
As Dave and his friends converged on the car, the crowd closed in around them. Others started to complain about why they needed the car, and that quickly became incoherent shouting and arguing. A fight broke out on the lawn.
When Nathan got the door open, Jim threw a punch at him.
Sharon grabbed the guy's arm and pulled him out. As he landed on the pavement, Dave and his friends piled in, and Nathan started the car. The neighbors shouted and banged on the windows but Nathan kept going, slowly rolling through the crowd. Dave was glad the people moved out of the way or they might've gotten run over. Looking back, he couldn't believe the chaos and insane behavior.
"That went bad fast."
Kitty's face was white as she stared straight ahead. She was going through another wave of shock.
Nathan caressed her cheek. "Kitty, you okay?"
She frowned as she came out of it and turned to him.
"Nathan, what are we going to do?"
"Don't worry, Dave has a plan."
Dave's eyes widened. He wanted to make a plan, but with the pressure he couldn't think straight. Everything was spiraling into mass hysteria. Looking around at his friends, he knew he couldn't let them down.
"Of course I do."
at 6:00 AM

Email ThisBlogThis!Share to TwitterShare to FacebookShare to Pinterest
Labels: #30DaysofGratitude, thanks

Fall finally came to my neck of the woods -- I mean like just in the past two days. I love fall!

That's putting Dave on the spot.

You actually make it seem so easy with your presentation but I find this topic to be really something which I think I would never understand. It seems too complicated and extremely broad for me. I’m looking forward to your next post, I will try to get the hang of it!
cash for cars brisbane
cash for cars ipswich

Great post. I used to be checking constantly this weblog and I am inspired! Extremely useful information specially the ultimate part :) I maintain such info much. I used to be seeking this particular information for a very lengthy time.
Thank you and good luck.
car removal brisbane
cash for cars toowoomba

Thanks for sharing. Wow, that was strange. I just wrote a really long comment but after I clicked submit my comment didn't show up. Grrrr... well, I'm not writing all that over again. Anyways, just wanted to say fantastic blog!
car removal brisbane
cash for cars caboolture

Hi, I am really glad I have found this info. Nowadays bloggers publish just about gossips and internet and this is actually irritating. A good site with interesting content, this is what I need. Thank you for keeping this web site, I'll be visiting it. Do you do newsletters? Can not find it.
cash for cars sydney
bus wreckers sydney

Truly, this article is really one of the very best in the history of articles. I am an antique ’Article’ collector and I sometimes read some new articles if I find them interesting. And I found this one pretty fascinating and it should go into my collection. Very good work.
cash for cars hobart


Thanks for sharing. We pay our customers instant cash up to $9,999 without any waiting time. It is our policy to not let customers wait for their money. We also provide free towing services, so customers save even more money when dealing with us. This strategy has been a great success with our customers in Queensland. Through this, we gained a lot of goodwill from our customers.
car removal sunshine coast
car removal logan