Day Two of Spark Blogfest! (You might be sick of the word spark when I'm through with it, as I shamelessly twist and mutate it.) 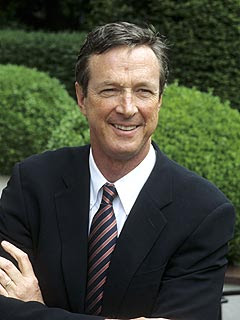 I <3 Michael Crichton!!!
Michael Crichton is my hero! I was so sad when I heard about his death in 2008. But his legacy will live on and on and on! My favorite book by him is PREY. And who didn't love JURASSIC PARK? They're all excellent! And many were made into movies. I love sci fi - it makes you think and Michael Crichton was a genius with a magnificent imagination producing awesome sci-fi, techno-thrillers!

When I came up with the idea for my current WIP, he was the first person I thought of. I wasn't ready to write for myself so I thought I would pass it on to Mr. Crichton. Not that he needed ideas! But what could it hurt? I had a nice letter with my story idea just about ready to send. Then I got distracted and forgot about it. A couple years later, I wrote the chick lit novel, realized it wasn't going anywhere, and I pulled this one back out. Since I had the writing bug, I decided to write it myself. Ta daa! POP TRAVEL, sci-fi thriller. Here is a blurb about it:

POP TRAVEL is laser teleportation and has replaced flying in 2080. The only trouble is, a significant few have disappeared and J.L. Cooper's latest client insists pop travel is the cause. During his investigation, Cooper finds evidence of the deadly flaw, sparking a series of murders, attempts on his life, and a kidnapping. Cooper knows he's being watched and the only way to get resolution is to confront the Creator of pop travel. On his way, Geri Harper, undercover FBI agent, helps him in spite of his protests. When they reach the Creator, he has plans of his own and takes them on a wild detour.

Hey, this will be useful for my ever-changing query letter! Thanks for reading!
pic source: people.com
at 7:10 AM

I'm a Crichton fan too! What an imagination he had.

Sounds like a really cool story! I love hearing how stories come to be!

I love Michael Crichton. I'm seriously disappointed I never got to meet him and remember exactly what I was doing when I heard he died. He's greatly missed.

Your story sounds cool, and if it was inspired by Crichton's type of works, then I'd be eager to read it.

I love that you were going to send it to Michael Crichton! The book sounds awesome.

I'm ashamed to say I've never read Crichton. I will repent and go to the library :)

I haven't read his books, but I did see Jurassic Park. Nice to know who inspires you.

I loved his works. My favorite was Congo and the movie was great too. Yes he really was a piece of art.

liz, someone else said that. i'll have to read it!

ruth, thanks! me too

cherie, good to hear, and it was on the night before posted!

angie! you must! but some arent into sci fi...

theresa, the movies are only half the experience, but enough to know his greatness

sharon, i loved congo too =)

POP TRAVEL sounds great. When will it be published so I can read it?

Sounds like a fun read! I really enjoyed Chrichton's books too. Especially The Terminal Man.

Crichton is great. I have one of his books in my TBR pile. Timeline or something like it. Hope to make a dent in my pile soon.

It's getting really kind of disturbing but...

I have read 95% of Crichton. Love his stories. They slaughtered them in the movies.

I still like the sound of your story. I'm not great at comparisons but while reading your description I thought of Minority Report and i,Robot.

Can't wait to read it!

Thanks for your support on FB!

OK, that is cute that you wanted Michael Crichton to write your idea! Lol... I'm glad you're tackling it yourself, though - best of luck!

BLARGH! Random exclaim of excitement! I'm reading the Lost World right now. AAAUUGH! Michael Crichton is so stinking imaginative! I can't believe how SMART he is too! I mean, even writing fiction, he has researched like crazy and it's so obvious. I'll put Prey on the list!

And your story sounds really cool. "Pop Travel" is so catchy. Love it.