Last year during the A to Z awards were rampant - I was new to the scene so it was awesome! But this year, I didn't see them floating around as much. I did just receive a couple and though they are repeats, I still love getting them!


Thank you  Candy Lynn Fite for the Kreative Blogger

Thank you Donna McNicol for the Versatile Blogger
Two new blogger buddies - yeah!
and Brooke snuck me into an Award Show for Versatile too! Thanks!

Since I am so kreative & versatile (ha ha!) I made updated versions of these awards - just like the apps and phones and ipads are always doing! I would like to thank the first person who created and presented blog awards, they make us smile alot! Though these have gotten around and are very cute, most people have them so I wanted to spread them again with fresh new looks and the same intent, boosting others! 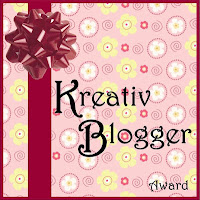 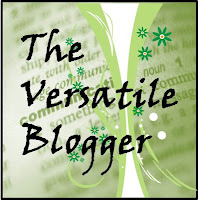 And instead of listing some facts, here is a little story with the names of the recipients (my most recent/frequent commenters) who can take one down and pass it around, telling us facts if they wish - the more kreativ and versatile the better!


In a land called Blogovia, in the wistful kingdom of MPax there lived a Ninja Prince named Alex. He was sad after his father the King died, even though he had millions of followers who would do anything for him. Taking a suggestion from his advisors Chandara and Angela B, he held a contest to see who could motivate him to get his country out of a lazy funk before the neighboring kingdom of Nutschell invaded them.

His faithful jester Heather read the announcement. "Hear ye, hear ye! The Prince needs a kick in the pants! a fair Lady with spunk and brains to inspire him to make the kingdom thrive again! Come tomorrow and tell him a winning story!"

All the maids were a-twitter! Young Kyra, Laura M, and McKenzie were too busy fending off young men. With good intentions, they had no time to help the kingdom. The fair matrons, Kelley, Dana, Tyrean, Erin, and Christine had to chase their children, but rooted for the Ladies who stood up to the challenge.

Stina went first and told the Prince a stunning tale of longing, love, and loss. The prince yawned. The prince's younger sister Annalisa swatted him with her fan.

Nicki was next with a lively yarn about historical faux pas. The prince snorted and shook his head. "My Pet Blog, MJ didn't care for it either," he said.

Sheena bared a tempting narrative of young lust and death defying feats. The prince nodded, then groaned. He was a tough customer!

Last was Cassie. Everyone loved to hear her speak for she always brought life to any dull conversation. She wove a story with knights and dragons fighting aliens and pirates and ended with a steamy love scene. Even the court historian Madeline smirked.

The prince gobbled it up. He laughed. He sat on the edge of his seat. He sighed. When she was done, he rose, gathered his army together, and defeated the enemy. All in all a good start to a new and prosperous reign!

The End.
I kept wanting to add more, but I had to stop somewhere! Any likeness to real people is entirely coincidental.

PS - my entry in Cherie's Lightning Flash Fiction Blogfest will be posted tomorrow. So much time, so little to do! (Strike that, reverse it!)
at 6:32 AM

Haha, that was awesome! I feel very honoured to have made it in to your story, thank you!

I just wrote an epic post with all the blog awards I've received, but I promise to mention these next time around - you're the best! :D

Congratulations on your pretty awards. Ha! I love what you did with this story.

That was awesome!! Of course Cassie would be the one to tell the best story. (And I like the part about the army kicking butt.)
Thanks so much, Tara - that just made my morning.

Hands down, Tara, you win it for the ultimate kreativ way you spruced-up the awards!!! Loving it!

That was hilarious! What a fun way to start off the week. :)

That was so much fun!

I love that I'm the faithful jester!

You're updated awards are very nice.

Thanks for including me! That was a fun read.

(I've already got posts coming up for both of these awards!)

That was a very kreative and versitile response! Thanks for thinking of me - I love the image of me swatting anyone with a fan, let alone a Ninja Prince lol

Ha! Love it. Such creativity. Congratulations and thanks for the award.

Wow! Nice story! And thank you for including me! I really appreciate it.

Holy crap, I am laughing SO HARD!!!!!! It's funny when you "know" these people, yes??? Hahaha. Love how Cassie is fighting Aliens *and* pirates... and how it goes into a steamy love scene. This seriously made my morning, I'm *still* laughing!!!!!!

This is so cute! And funny too LOL. What a great idea, love it!

Thank you so much for giving me something to blog about!! =)

Thanks for the next book idea! I better start writing, lol.

Thanks for including me with these awesome group of people! And you definitely win hands down for the most creative way of accepting a blog award :)

This story rocked so hard. I didn't win but I got close. Happy it was Cassie since it wasn't me. She's one of the earliest bloggers I met and kept contact with. You accepted awards in one of the best and fun ways possible. *laughs and cheers*

I'm in Chere's Flash Fiction Blogfest too. Good luxk on your entry.

*Clapping and whistling* An awesome update to these awards. Certainly proof that you deserve to be called Kreativ and Versatile! Honored to be part of your story, and ecstatic that I have my own kingdom. haha!
Congratulations on the award and thanks for passing them on!

I don't even know where to begin. The beginning sounds like the wrong place, too far back with the whole "Let there be light" start of the world thing, so I'll just have to start with this post.

Good gravy you are astounding!! Thank you for including me in this. Even though I've gotten these awards too, I HAVE to make sure people visit just to see how AWESOME you did this.

Ooh, this idea is fun. I should do the same. Fending off young men, am I?

Congratulations, Tara! I love this, especially on a day like today when I really needed a laugh. :)

Thanks for thinking of me.

Hah! That story was hilarious, Tara. :D Congratulations on the awards!

So, the kingdom of MPax was victorious? Awesome. Great story, Tara, and thanks for the awards. I will attempt to think up something kreativ in your honor.

very creative acceptance of so many awards--congrats:)

Oh how fun! Thanks so much my dear!

Now excuse me, I must catch my children and have Cassie pay me for the clever story I fed her on the side of the stage ;) ;) HAHA

Congrats!
I love your updated versions of the awards. Very nice.

Congrats on the well-deserved awards, Tara!

so glad you all liked the story! i will have to do another some time and your comments all made my day, all day long!

Haha, how klever! Very fun to read the names that way, and it's quite true - Alex has Three Daves on his Kindle but will never read it! Excellent casting, my dear. Thanks for the award (hmmm, will have to mull over which to take) and I LOVE that you gave them a makeover.

Ha! That was awesome!

This has got to be the BEST award post EVER!!!! This is much more interesting than just listing your favorite blogs. And you nailed me. I love to write about longing, love, and loss. :D

Well, I was impressed by the new award graphics but the story was fantastic. Most fun I've had at a blog this morning.

The blog award remodels are awesome! And to use the story to pass them along is so creative. Congrats on your rewards:)

Hi, Tara! Just wanted to let you know that I mentioned your awards in today's post. Thanks again!