A big THANK YOU to Cortney & Theresa for hosting the 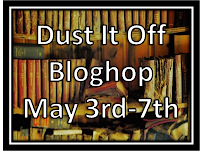 To save time, I am combining the three posts into one. Blurb, Excerpt, and What I learned...I loved my first novel! A shame no one else did =)

Blurb...
JACKS AND JILLS AND JEZEBELS is shameless chick lit. A bar hopping, bachelorette party adventure about eight close friends, the boys they torment, and the joints they frequent all rolled into one hilarious, eye popping night! (based on my rip roaring twenties)

I was so excited I drew us!

Here is an excerpt...


Jamie floated in and announced, “I had the best time! We had a picnic lunch then went rollerblading in the park. He is such a hunk!” She plopped down beside Brenda on the bed, jostling her. Yet another annoyance.
“Who was it again?” Brenda asked. She turned to Jamie and added, “You’ve got something in your hair. Did you fall?” She reached up and pulled out a blade of grass from her wavy, waist-length, brown hair.
“Oh, thanks. No I didn’t fall…” Jamie said with a giggle as she felt her hair to check for more debris. “It was Alex,” she informed her. “You remember, from the gym?”
“Oh, yeah. That’s right,” she replied. But she knew quite well who she had been out with. Brenda met Alex first and had been talking to him when Jamie swooped in. She was always extra bouncy in front of the guys at the gym and his attention had been lost to her. She was so aggravating! Brenda decided to ruffle her feathers and asked, “But what about Scott?”
Jamie wavered for a moment. Just the mention of his name gave her butterflies. She’d had a serious crush on her work buddy since he started waiting tables with her two months ago. She shooed the air and declared, “Scott and I are friends. I like him but we don’t have a relationship or anything. We are both too busy to settle down right now. We’re just casual.” She tried to seem laid back about it, but in her heart she wished she could call him her boyfriend. Little did she know that everyone else was aware of how she felt, except Scott of course. He was almost as dim-witted as she was. She got up to look in the mirror and appreciated her reflection. She noticed she had gotten some sun on her face and smiled at herself.
“Oh. I guess that’s cool,” Brenda acknowledged. She grinned slyly to herself, Scott’s been busy with me, you little ditz. She was tired of Jamie being too flirty with every guy she dated or even showed interest in. It was time to see how she liked it.


Yes, I know. So many writing errors. No crits necessary. I cringed at the head hopping and unnecessary dialog tags, etc. But this section gives a taste of the many conflicts. This old WIP was so fun to write because it flowed so easily and brings back those carefree days - we didn't even have cell phones yet! I even started a sequel! I will probably come back to it one day...

What I learned...
I still can't believe I queried this! After learning more about the craft, I started to edit. Then I realized Chick Lit was on the outs. It still has a place, but it sure isn't hot! So I thought I would rewrite it as Women's Fiction, from one point of view, a girl making life changing decisions after discovering the shallowness of the party life. I also learned that you shouldn't base a whole book on people you know - it could come back to haunt you if it got published. Ah well. Still might come back to it =)

So whatever happened to your first book? Or are you still working on it?
at 6:42 AM

Funny - sorry no one liked the idea. Go for a total rewrite. Trust me, sometimes that works.

Ha, that is a fab title!

It's still great to learn from the process. A rewrite might surprise you now that you've got the experience under your belt.

Ummm, YES PLEASE! This sounds awesome! Dust that puppy off and let us read it :)

I love that title!

My first book is in hiding. I doubt it'll ever see the light again. LOL

Thank for sharing! I've got one like that. I love the premise but it needs so much work!

This so has potential.
Look how well that Something Borrowed story/movie worked and that was about girl friends and cheating!
You just never know.

You know where my first book is. Sitting in a tiny folder on this computer waiting to bust out and sing!

Thanks for sharing with us!
Heather

This blog hop has been great, hasn't it? It's so cool to look back at these things and be able to see what we need to work on. This is a cute idea, I hope you do go back to it. :)

Chick lit could be the hot thing next week. Who knows?! We all thought vampires were dead until Twilight and others hit the shelves.

That is a great title! And also enjoyed your pitch and the excerpt--so true about a group of girl friends and their backstabbing thoughts, lol. Too bad about Chick Lit, and thanks for taking part in our bloghop!! :D

I love the title, and it sounds like a show that would be on the CW!

I still liked it. I think you are too hard on yourself. It has great voice.

It sounds really fun and I love the title. It could be fun for you to dust it off.

Love the title, and the rest definitely has potential. ;) If you want to rewrite it, go for it.

My first book is the one I'm using for the hop. It's just in it's, I dunno, 26th incarnation. I'm stubborn like that.

This was good! I liked it.

You're so great, Tara. Loved what you learned and thanks for sharing everything! I've shelved my first book. I *hope* to work on it again someday... I love the story, just need to figure out how to approach it the right way... ;)

Don't worry. I have made and continue to make so many mistakes in my writing, but the more we practice the better we get. I really enjoyed reading your scene! Maybe someday you can go back and polish it up. :)

I think that drawing is great!

I wish I knew where my first novel was - it was YA (because I was YA at the time) about a girl who discovered her long lost cousin was singer in the hottest boy band of the time. Apparently the hottest boy band needed some downtime and all went to the girl's granny's house for some R&R!

And now I REALLY wish I knew where it was!

My first book is also loosely based on me and my friends when we were in middle school/high school and I have the same thoughts as you. First, I can't believe I queried this and second, writing characters based on people you know can open a can of worms or several. lol. Still I love your concept. I wish there were more books about being in your twenties.

It sounds like a fun read, even if it does need tons of work. I look back on the stuff I wrote in the early Nineties, in the genesis of my serious writing days, and also cringe at the mistakes I made.

Hey TTT
Check out my A to Z Reflections post (linking it to this comment). I've given you a shout out!

Thanks for sharing. That was your first? It was pretty good! My first book was written in junior high and has mysteriously disappeared forever.

so this sounded good, eh?
it's not forgotten =) thanks for the sweet comments!

annalisa, that sounds awesome! i hope you find it too! or redo it!

jessica & dana, my ancient writings are lost too. ah well!

Oh, I know how you feel with the 'basing characters on people you know' thing. In my Dust It Off bloghop shelved book, half the teachers were based on/rip-offs of my teachers at the time. Hilarious to people who knew them - to strangers, probably not so much!