I know what's wrong with the world! 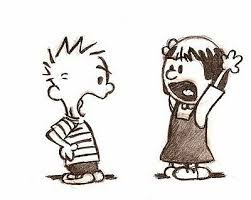 I haven't had a good rant in a while so here goes...
We have war, we have government problems, we have fighting and brutality, we have arguing and strikes. Do you know why? No one wants to compromise!

We believe this way and they don't so they have to do it our way or go somewhere else. No one wants to budge. They won't give an inch. I have to have everything I want and you are insignificant. ULTIMATE SELFISHNESS!

And it's not about overlooking or acceptance. There's way too much of that. It's about making sacrifices for others so things can get done. It's about showing the other side that we do care about what they want. It works in every level of strife.

Then there's the world. So many differing opinions, religions and beliefs. There is a difference between evangelism (teaching) and terrorism (force by fear). Unfortunately some people cannot be reasoned with.
So now that we know what is wrong with the world, what can we do to fix it? We try to understand our history to learn from our mistakes. It's an age old problem, and still no one is willing to step up and be the first to give a little.
at 11:51 AM